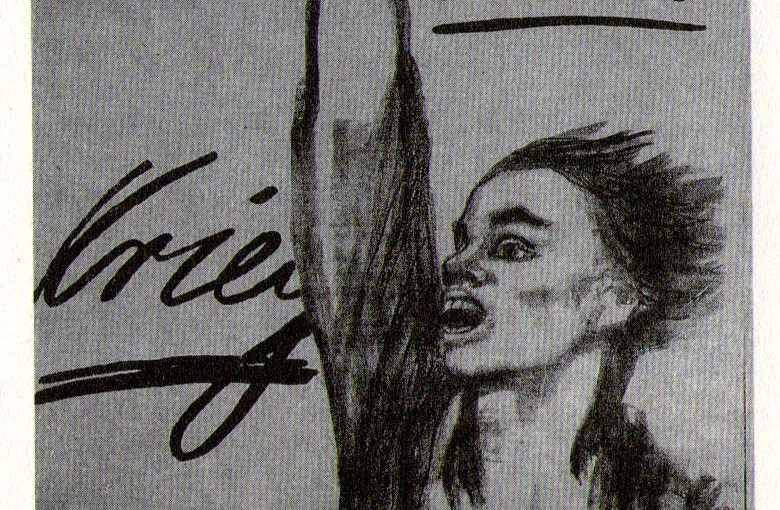 I don’t suppose anyone who reads my words will examine them with as much attention to detail as I write them.  I would be very happy if that were not the case, if a whole range of people did spend hours poring over my words, but reality tells me that is probably not happening.

So it may come as a surprise that I am worried about my so-called valorisation of women pioneers of the highly sophisticated calculating machines and their spin-offs.  I am concerned about the unexpected consequences of a handful of women, many years ago, who helped develop nuclear and atom bombs?  By this I mean that Jean Jennings et al, and Grace Hopper did help develop those weapons of mass destruction with their work at ENIAC. Why should I hold women up to closer scrutiny than the many men involved in computer technology.  I know there are many people out there now involved in designing new, remote ways to kill our enemies.  It is unfair surely?

Is it because there are so few women in that world and they just stand out more, or is it that women are, perhaps, too equal to men?  It has become clear to me today that women should be, better.  More humane, compassionate and considered. That is what I expect.  When I found they had feet of clay, my heart sank and I was forced to accept that we humans are, at heart, all fallible.  When the Nazi guards explained that they were only obeying orders, we dismissed this as merely an excuse, we can’t hold those American women up to a lesser scrutiny than the other small cogs in rotten machines who let bad things happen, can we? We are all capable of making the wrong decision and therefore we must always be careful of the consequences of our actions, espousing the next new things, following orders blindly, before actually thinking them through.

The loom was the first piece of automated machinery.  It was basically a simple system although it looks really complicated. There are horizontal rods, which connect with vertical rods with hooks. The horizontal rods interact with the punched cards which either have holes or un-perforated card (yes or no, on or off, one or zero, good or bad). If they move, then the vertical rod is moved. If the hook at the rod top is moved into the path of the griffe as it rises, then the hook is raised, and the thread is lifted. That creates the shed for the weft to pass through.

As a weaving system which withdrew control from human workers and transferred to the hardware of the machine, the Jacquard loom was bitterly opposed  by workers, who saw in this migration of control, a piece of their bodies literally transferred to the machine.  The Luddites opposed this automation and were supported in the House of Lords by the poet Lord Byron.

Charles Babbage, interested in the effects of automated machines on traditional forms of manufacture, published his research on the subject The Economies of Manufactures and Machinery in 1832.  He later said that looking back on the early factories was like seeing prototype ‘thinking machines’.

It was the Jacquard loom that excited and inspired Babbage (maker of the Difference Engine) who went on to build his Analytic engine, in which he was greatly helped by Ada Lovelace, the only legitimate daughter of previously mentioned Lord Byron. It was Ada who commented that if the Difference engine could simply add up, the Analytic Engine was capable of performing the whole of arithmetic.

Charles and Ada developed an intense relationship and in agreeing to write the footnotes to – and to translate from the Italian – Louis Menebrea’s Sketch of the Analytic Engine invented by Charles Babbage (1842) Ada produced the first example of what was later to be called ‘computer programming’.  The introduction of the principle which Jacquard devised for regulating his looms, the punched card, was copied by the pair to attain the varied and complicated processes required to fulfil the purposes of the Analytical Engine.

Reality does not run along the neat straight lines of the printed page. Only by criss-crossing the complex topical landscape can the goals of multifacedness and the establishment of multiple connections begin to be attained.  Where there are a jumble of voices, ideas, and gossip, where there are people talking at the same time, where there is empathy and discourse, that’s where you‘ll find the real world of women.   The Internet shatters the myth that women are victims of technological change.  Weaving and typing, computing and telecommunicating, women have been tending the machinery of the digital age for generations, enjoying intimate relations with the techniques and technologies which are revolutionising the Western World today.

Simone de Beauvoir must be turning in her grave.  Is it some kind of sick joke?  After years, decades, nay centuries of effort to get gender equality into our social order, women have now achieved that great accolade – for which, as far as I know, they never strived – they have been granted the chance to be given frontline combat roles in the armed forces.

Sicker and sicker.  Although there have been women with background roles in the armed forces before, women in the UK can now be deployed at the very front of where the action is with a primary role to kill.

So from our traditional life-giving roles, which we have taken for granted for too long, we now have arrived at that apogee of equality, we have been given the wonderful chance to be life-takers.

Oh joy.  All the women throughout the ages, suffragettes, Greenham Common women, technological innovators, we/they have all now failed.

I have called myself a feminist with pride, but what I really was yearning for was the chance to make the world a better place, a place in which a woman’s touch would turn this planet into a peaceful place.  I have never supported war in any guise, and do not recognise that there is any ‘just war’ and it is never right to take life.